What Currency do you want to sell ?

How much do you want to sell?

What is the best Norwegian Krone Buy Back Exchange Rate Now?

The best norwegian krone to pound exchange rate now is 12.3742 which is available from The FX Company.

This shows you it pays to shop around and get the best rates on travel money!

Norwegian Krone Buy Back Rate Over The Last Week

This shows you the best norwegian krone to pound exchange rate recorded daily from our UK suppliers over the last week.

If you were to obtain £1,000 today from your currency sale you would get 296.00 more norwegian krone for your money than last week.

How to Get The Best Norwegian Krone to Pound Rate

Compare Travel cash is a free service that takes the pain and effort out of finding the best exchange rates for selling norwegian krone online. 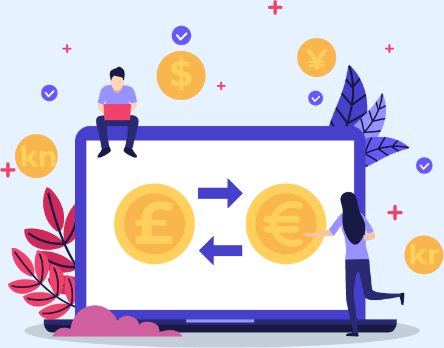 When you come back from a trip you may bring back beautiful memories, souvenirs of great times and maybe even a great tan, but being left with norwegian krone feels like such a waste!

We compare all the top UK travel money exchange companies that offer norwegian krone buy back rates, including many of the high street bureau de change and supermarket travel money services to get the best rates and the most back from your unspent travel money so you don't end up feeling too short-changed.

It’s simple, you choose a provider then post your norwegian krone and get paid pounds directly into your UK bank account.

Norwegian Krone Buy Back in a Nutshell

Basically, buy back is when you sell your unused norwegian krone in exchange for pounds sterling. You will be offered an exchange rate, just like when you bought your travel money in the first place.

With the fluctuating exchange rates, you run the risk of getting less money back if the exchange rate has fallen or you could be in luck and get a better rate than you bought it at! If the rate has dropped you could think about waiting and converting your norwegian krone back at a later date.

Having a buy back comparison tool at your fingertips makes this easy! Not only can we show you what the best rate is today, but we can show you the trends of the buy back rates for norwegian krone over the last month so you can make an informed decision. Our buy back rates are updated every few minutes so the information you see is always the latest rates to sell your norwegian krone.

If you are selling your unused norwegian krone, take into consideration:
- Most providers will only take notes, not coins. Also, some providers may not buy back some low-value notes.
- Exchange rates go up and down, keep your eye on this, you may get a much better deal by holding off.

What Does it Cost to Sell Norwegian Krone online?

If you want to sell Norwegian Krone you will often get the best rates from an online provider, so use our comparison tool above to see today’s best buy back rate. We compare buy back rates from all the top UK travel money exchange companies, including many of the high street bureau de change and supermarket travel money services on Norwegian Krone and many other currencies.

Yes, when you select a currency on our conversion tool above, we display the providers that will buy back that foreign currency.

Not guaranteed. Many providers only confirm a rate when the foreign currency arrives with them. To confirm, please check the terms and conditions of the provider.

The norwegian krone buy back rate you receive will be the rate on the day your currency is received. This rate does not usually change significantly daily so it is advisable to get your norwegian krone in the post as soon as you can. It does mean you may receive slightly more or slightly less than the amount quoted today.

Yes! When posting your foreign currency, most providers recommend you use Royal Mail's Special Delivery service which is fully insured and guaranteed to arrive on the next working day. Packages sent by Special Delivery go through a more secure process than regular mail and can be tracked from the moment they enter the system right up to the point of delivery where they must be signed for by the supplier. In the unlikely event something happens to your package, Royal Mail will refund you the entire insured amount plus postage costs.
When you purchase Special Delivery we highly recommend you take out the option to insure your package for up to £2,500. You'll be given a receipt which contains the number you need for tracking and proof of postage. Keep this document safe! If you are sending more than £2,500 worth of norwegian krone, it makes sense to split the amount into multiple packages and insure each package for an appropriate amount.
The cost of Special Delivery varies depending on the weight of the package and the amount you've insured the package for. To make sure your currency is securely packaged, providers usually recommend you use a plastic tamper-proof envelope, you can get these from the Post Office when you purchase Special Delivery. If you have any queries about the safety and security of your package, just ask at the Post Office they can check your package before you send it and they will advise you on if it's sufficiently and suitably packaged and insured.

If the travel money provider you have chosen allows it, you can exchange one currency into another type, e.g. norwegian krone into us dollars. The rates we compare are for when you want to sell currency and convert it into pounds.

No, Most currency providers will not buy back coins, mainly because they are expensive to post and not easy to exchange. Also, take note that some providers will not take some smaller or specific notes, check with the provider before sending any unused currency.